In a video viewing session with Fred Erickson, from UCLA, we watched some video of young children in an early years playground – recorded by Kate Cowan for her PhD research. One thing we all started to pick up on was the ways that they were creating spaces by their movement around the playground, and we started to identify specific social spaces that they were making.  Fred talked about his early mentor, Edward Hall, and his term “Situational frames” –this describes how physical spaces turn into social places. We started to really pin point where the children were moving – their destination and passages and transitions between spaces. In this way we started to get a handle on their

This led to a great discussion about how we might build hypothesis about what the children were doing and its meaning by:

It was amazing how far we could get by focusing on this one mode – by pushing at the spatial use and then building ideas. 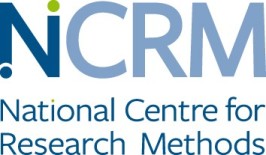